Known equally for his stunning good looks and his charismatic, relatable personality, actor Chase Tang is a fresh face in Hollywood. Coupling his acting skills and experience with his model jobs, it would be safe to say that Tang is a natural in front of the camera. But he didn’t always feel like he was born to do this. In fact, he almost lived his life staying out of the spotlight and in the office.

Born in Taipei, Taiwan, his family immigrated to Halifax, Nova Scotia, Canada. He grew up there, playing sports in school, only leaving Halifax when he went to college. Going to the University of Guelph in Ontario to receive a bachelor’s degree in Commerce, the start of his adult life was the traditional path that most people stick to. For 8 years after graduation, he stayed on this path. Starting his career as an insurance financial advisor, and moving into high level account and sales positions, he rose through the ranks earning job titles (and income) most people would be satisfied with.

Highly skilled as a leader, as a sales rep, and with handling customer issues, Tang proved himself to be a natural performer in high pressure situations. Continuously gaining experience, skills, and relationships, Chase Tang was building a firm career foundation that could have lasted him the rest of his life.

However, he felt his career stagnating, no longer receiving what he wanted out of a corporate life. Working his way through the business world and gaining the success everyone told him to go after wasn’t without its toll. While working towards all the goals others had given him, he found himself more and more spiraling down into a darker space. “Success wasn’t what I thought it looked like,” Tang commented. “While on the outside things looked great, on the inside things were going all wrong.”

After making a break from the corporate world in order to take care of his mental health, he set his sights on Hollywood. Beginning acting classes in 2016, Tang brought his trademark grit, vision, and humor with him to ensure his success.

However, just because he left the corporate world to pursue acting doesn’t mean he regrets his time spent on his previous career. “I learned a lot through those times. Not just technical skills, but I continued to learn how to work hard, build relationships with others, and I learned a lot about myself.”

It is this grit and self-awareness that is most valuable to Tang currently. Learning how to create a brand around yourself, market yourself, and break into a highly competitive industry isn’t an easy task. But Chase knew that he could do it; he had never let obstacles or hardships stop him before. After almost a decade of fighting his way up the corporate ladder, he was ready to take on Hollywood.

While we might think of Hollywood as a far off dream that only a few chosen elite can break into, Chase Tang proved our assumptions wrong, making a name and a legacy for himself. But Tang is still the same person he’s always been. He makes it his priority to be a genuine, kind, and relatable person. Half because of his own values and what he wants for himself, and half because he wants to be a model to people who may be watching him, Tang hasn’t let Hollywood get the best of him. Rather, he is making Hollywood a better place since he thrust himself into the spotlight. 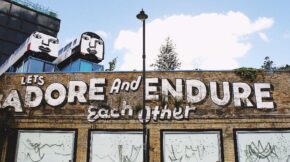 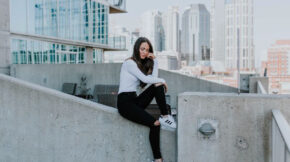 Letters From Our Exes
Celebrity, Trending

Bring Your Food to Our Office
Classic, Fashion
Made with coffee & love by ThemeBubble ©All rights reservd.