Success is never guaranteed, especially in the entertainment industry. As any actor can tell you, it’s a dog-eat-dog world out there and many leave L.A without even having any work. However, amongst the thousands of hopeful people who enter the industry, few truly possess the moment to survive for long. One of those people is Hollywood Alicee, an entertainer in every sense of the word.

The road to success hasn’t always been apparent for Hollywood Alicee. Having her fair share of not only rejection, but also lack of support hindered her in her path. Born in Atlanta, the breeding ground of talent, Hollywood Alicee was originally camera shy. It wasn’t until she got her bearings in 2016 through modeling and acting training that she tapped into her potential. After that, there was no stopping her. Landing her first acting role in StepSisters, Hollywood Alicee experienced steady growth since then. Adding Fast and the Furious twice, Leisure Seekers, and Tyler Perry’s Haves or Have Not; she was well on the path to success. However, her personal life ultimately led her to take a leave from the industry. But she never stopped working, even when the odds were stacked against her. Her personal life took her to Manhattan where Hollywood Alicee took New York Fashion Week by storm. In addition, she also landed a spot in L’oreal’s color shoot. This serves as a testimony to the range of experience that Hollywood Alicee possesses. 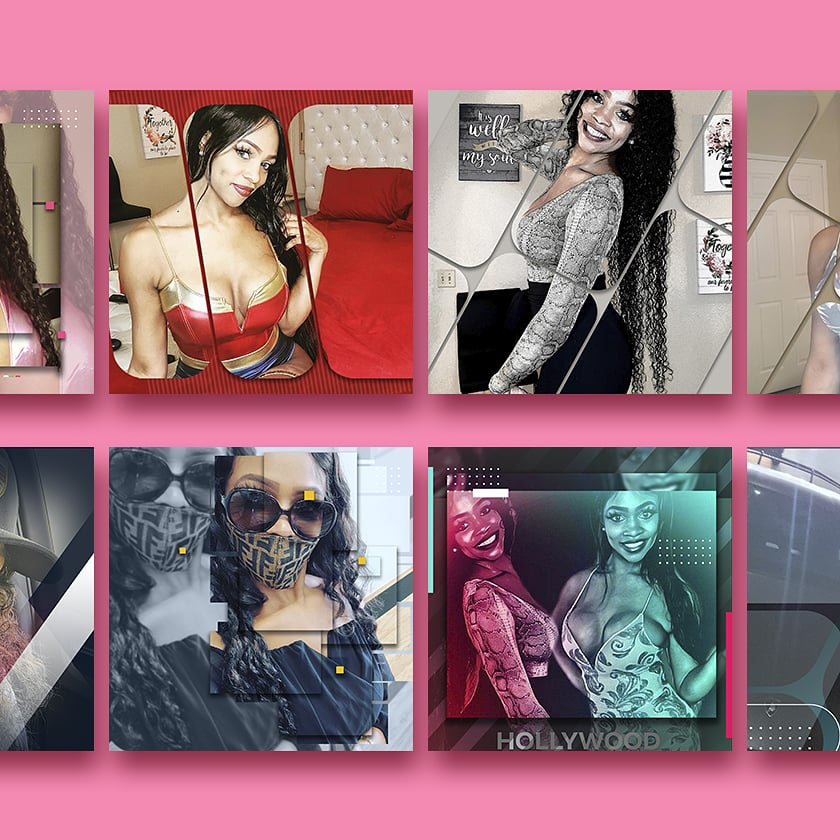 Eventually, like all entertainers, Hollywood Alicee found her way to California. As a mother, she needed to provide for her kids. During her leave of absence, she worked on improving her skills. Fine combing all her talents, she returned to the industry with more perseverance than ever before. Upon returning, she auditioned for the WWE Superstar Series. Even though she got far in the audition process, she was ultimately not picked. But it was the self-reflection that she gained from her absence that anchored her during her rejections. Not letting that stop her, she continued to go to auditions all the way up until the pandemic happened.

More determined than ever, Hollywood Alicee began to explore other avenues of the entertainment industry. Shifting her focus, she began to audition for roles in music videos. Specifically the hip-hop industry, her work paid off as her various video star and model roles have shown. The music video for Pretty Girls was her first taste of music video experience. Through this, she has been able to further capitalize on both her time in the industry and her captivating looks. Backed with stellar measurements, Hollywood Alicee continues to add to her entertainment repertoire.

Currently, Hollywood Alicee is making waves in the hip-hop industry through her roles in music videos. In addition, she wants to advance into the world of reality T.V. Utilizing her charms and personality, she is an ideal cast to any show. By expanding her skillset, Hollywood Alicee has established herself as a full stock entertainer. As an entertainer, she is set with polished looks, experience, and unwavering work ethic. Proving the importance that dedication and perseverance plays in one’ career, Hollywood Alicee is taking Hollywood by storm.